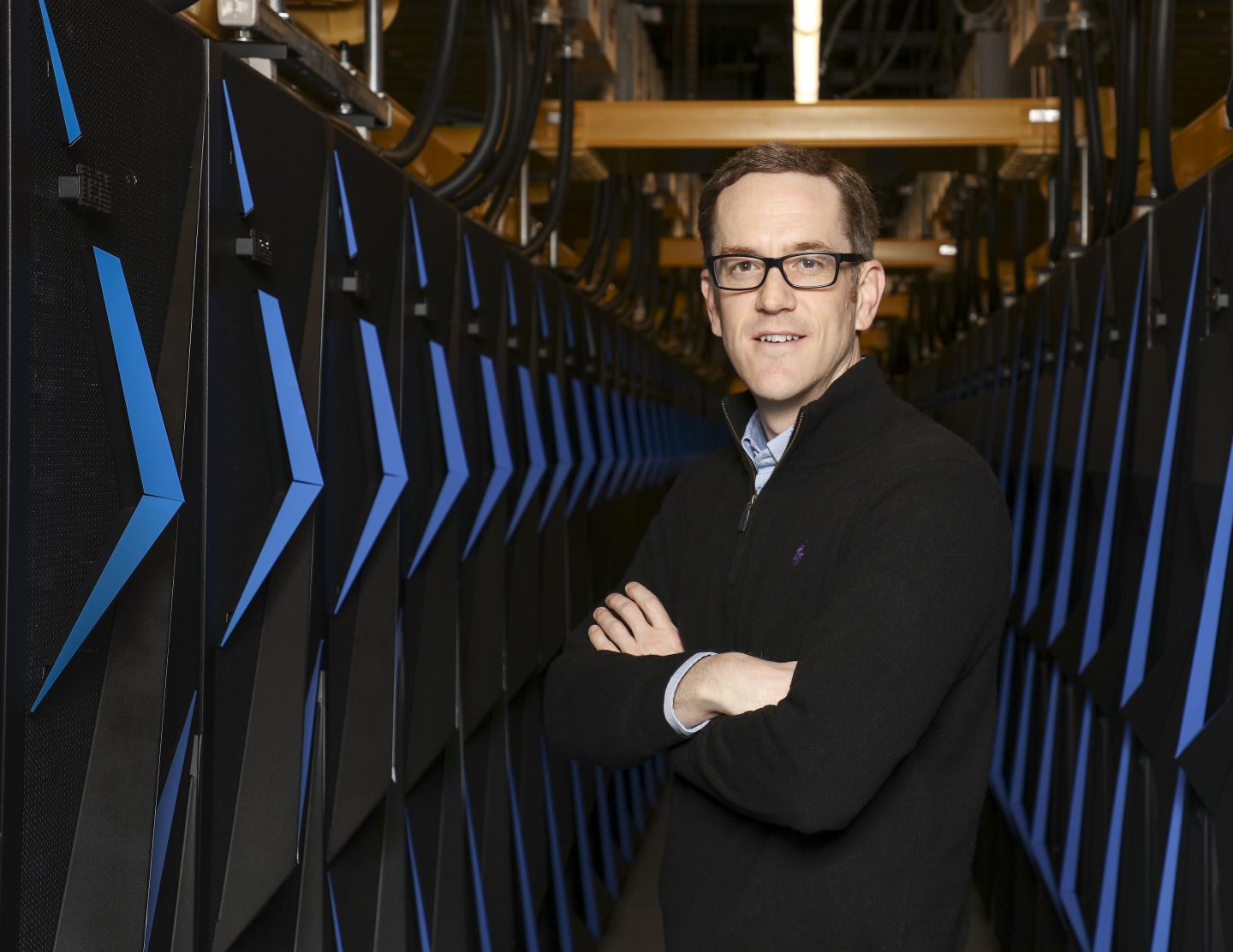 The Director's Awards were presented during a livestreamed ceremony by ORNL Director Thomas Zacharia on Friday. The lab's top awards concluded a two-week period in which category winners were announced daily to laboratory staff. The awards are typically presented at an Awards Night event hosted by UT-Battelle, the management and operating contractor of ORNL for the Department of Energy.

Kent received the lab's top science and technology award "for exemplary leadership in the development of quantum Monte Carlo methods on high-performance computing platforms and applying them to major problems of high scientific and technologic relevance." He also won the Research Leadership award (video).

Kent's research is focused on predicting and explaining the properties of materials using computer simulation. He directs DOE's Center for Predictive Simulation of Functional Materials and leads the development of the QMCPACK application -- high-performance quantum Monte Carlo code for computing the electronic structure of atoms, molecules and solids -- as part of DOE's Exascale Computing Project.

The Director's Award for Outstanding Team Accomplishment in Science and Technology went to a research group in ORNL's Biological and Environmental Systems Science Directorate for "revolutionary advancements in the area of microbial isolation techniques that promise to usher in a new era for microbiome studies, an area of current significant interest in both health and agriculture." Led by Mircea Podar, the team includes Jerry Parks, Connor Cooper, Manasi Balachandran and Dawn Klingeman. The team also received an Outstanding Scholarly Output award (video).

Dr. Bart Iddins, ORNL Health Services Division director, won the Director's Award for Mission Support "for his outstanding leadership in ensuring the safety of the ORNL staff and enabling the continued performance of the laboratory's research activities during the COVID-19 pandemic (video).

He advised ORNL leadership in making unprecedented decisions regarding laboratory operations based on both his medical knowledge and career in crisis management. Convinced that testing with rapid turnaround was key, he set up an effective onsite testing program that continues to grow more robust. During the pandemic, the retired Air Force major general has been and continues to be front and center in ORNL's fight against the SARS-CoV-2 virus."

The Director's Award for a Mission Support team went to a multidisciplinary group led by Merlin Theodore, director of the Carbon Fiber Technology Facility in ORNL's Energy Science and Technology Directorate (ESTD), "for the rapid development and deployment of melt blowing and charging technology to enable domestic production of N95 media. Working with the inventor of N95 filter media, the team developed a novel in-line charging device critical to production of the filter media. A collaboration and technology transfer between ORNL's Carbon Fiber Technology Facility and Cummins Filtration led to the production of millions of respirator masks distributed across the nation to combat COVID-19."

View the full video playlist of the 2020 award winners.

UT-Battelle manages ORNL for the Department of Energy's Office of Science, the single largest supporter of basic research in the physical sciences in the United States. The Office of Science is working to address some of the most pressing challenges of our time. For more information, please visit energy.gov/science.

Disclaimer: AAAS and EurekAlert! are not responsible for the accuracy of news releases posted to EurekAlert! by contributing institutions or for the use of any information through the EurekAlert system.

Don’t delay, fix your data now for when quantum...