Collaborations with The Mandalorian and Pokemon are just a few instances of how adidas pays tribute to their audience’s favorite on-screen characters via creative footwear designs. Through a partnership with Kasing Lung, the first Chinese winner of the European Picture Book Contest, the Three-Stripe brand is releasing a doodles-covered Nizza Hi RF, adding Mickey Mouse to their repertoire.

In his grafitti art style, Lung covers the high-top silhouette with colorful sci-fi inspired illustrations. The painted lightning bolts, stars, and a lab coat-clad Mickey Mouse tell a story of adventure where a science experiment takes the famous mouse into space. While the mouse drawn does resemble the original Disney character, there’s a hint of mischief to him that reveals his development into a mad scientist; Lung’s Mickey has a nine-teethed grin that’s also shown on the artist’s original character, “Labubu”. Handwritten equations in red wrap around the rubber sole to further tell the story and complete the conversation starter of a sneaker.

The Nizza Hi RF is available now, for a retail price of $150. In other adidas news, Yeezy Boost 380 “Onyx Reflective” has received a release date.

Make sure to follow @kicksfinder for live tweets during the release date. 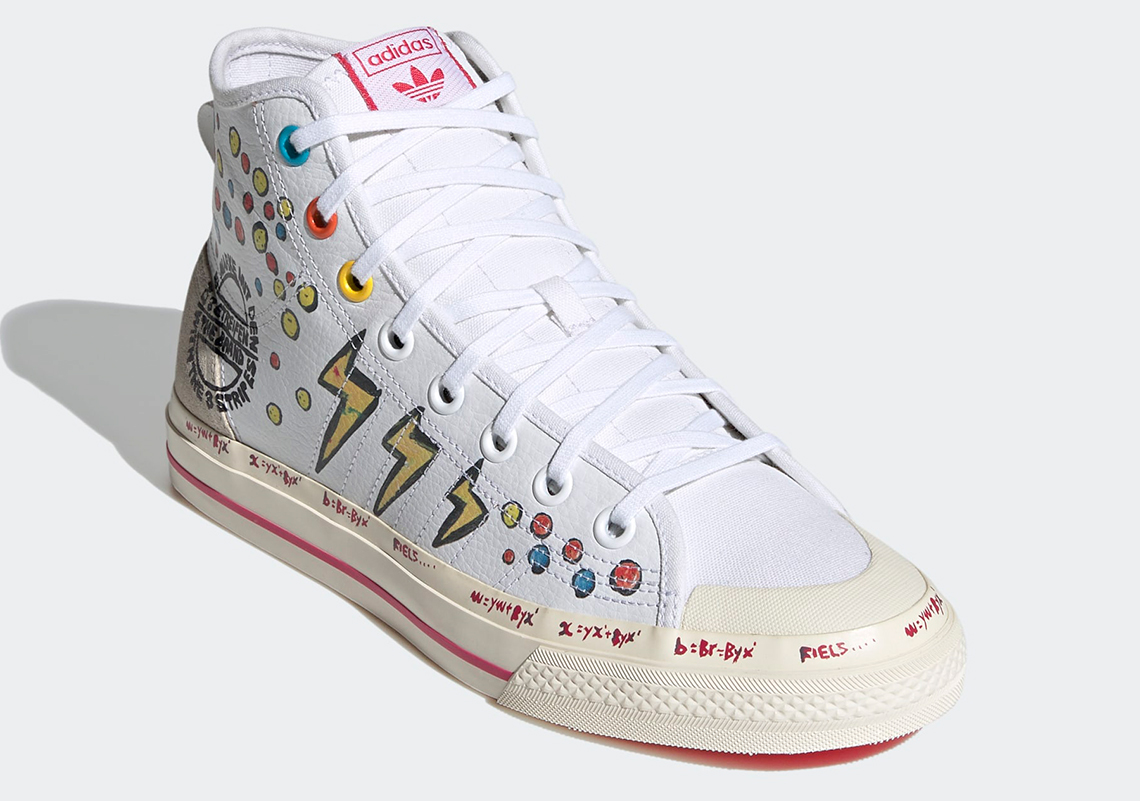 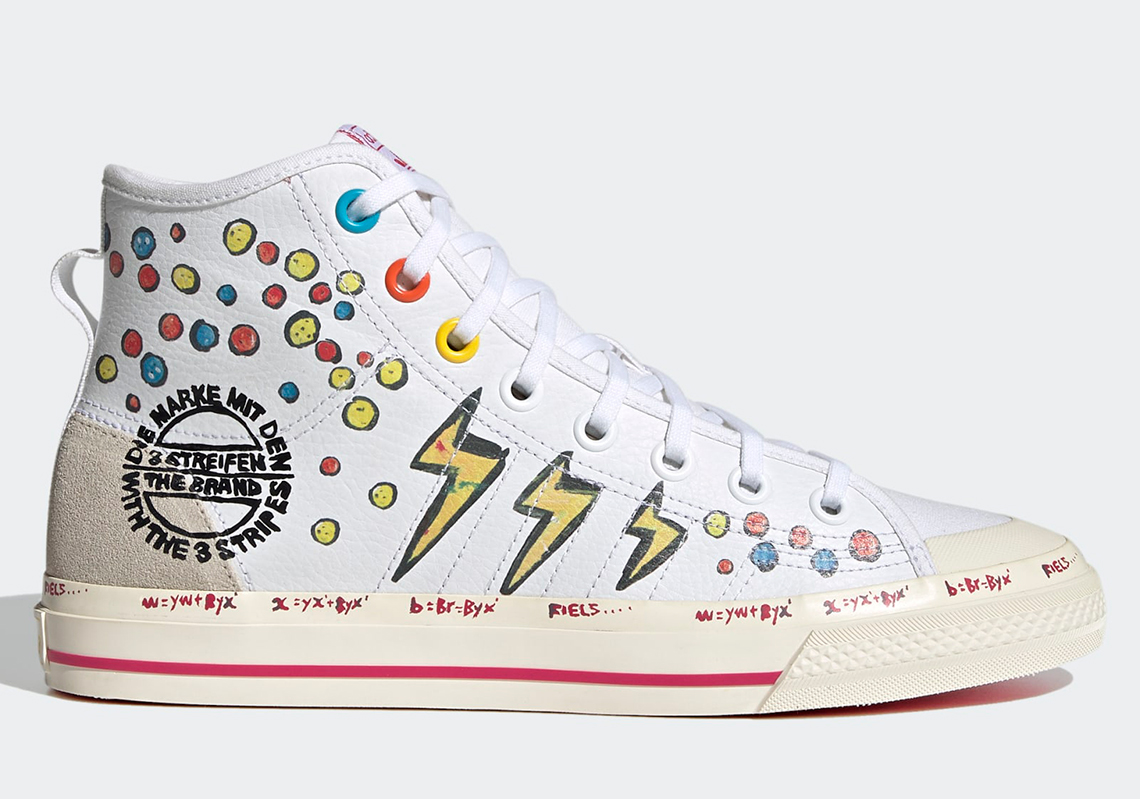 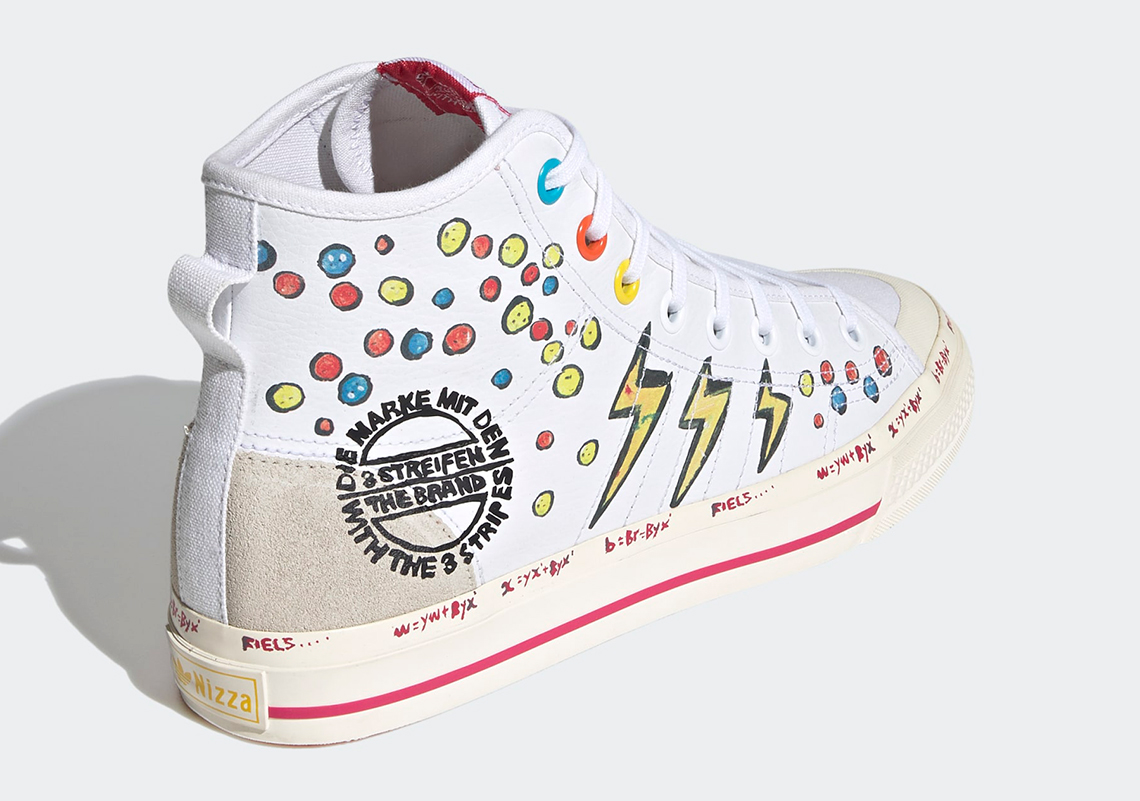 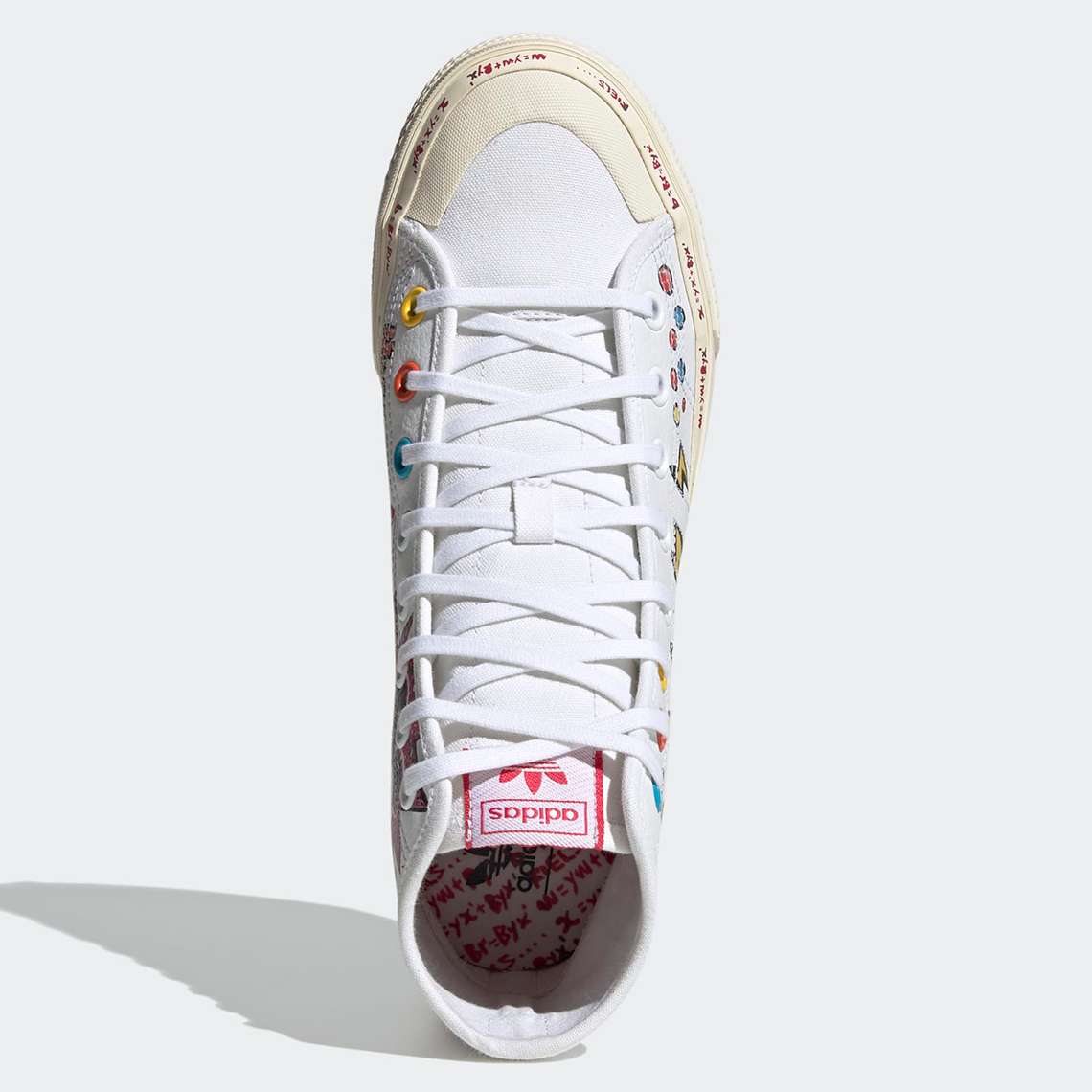 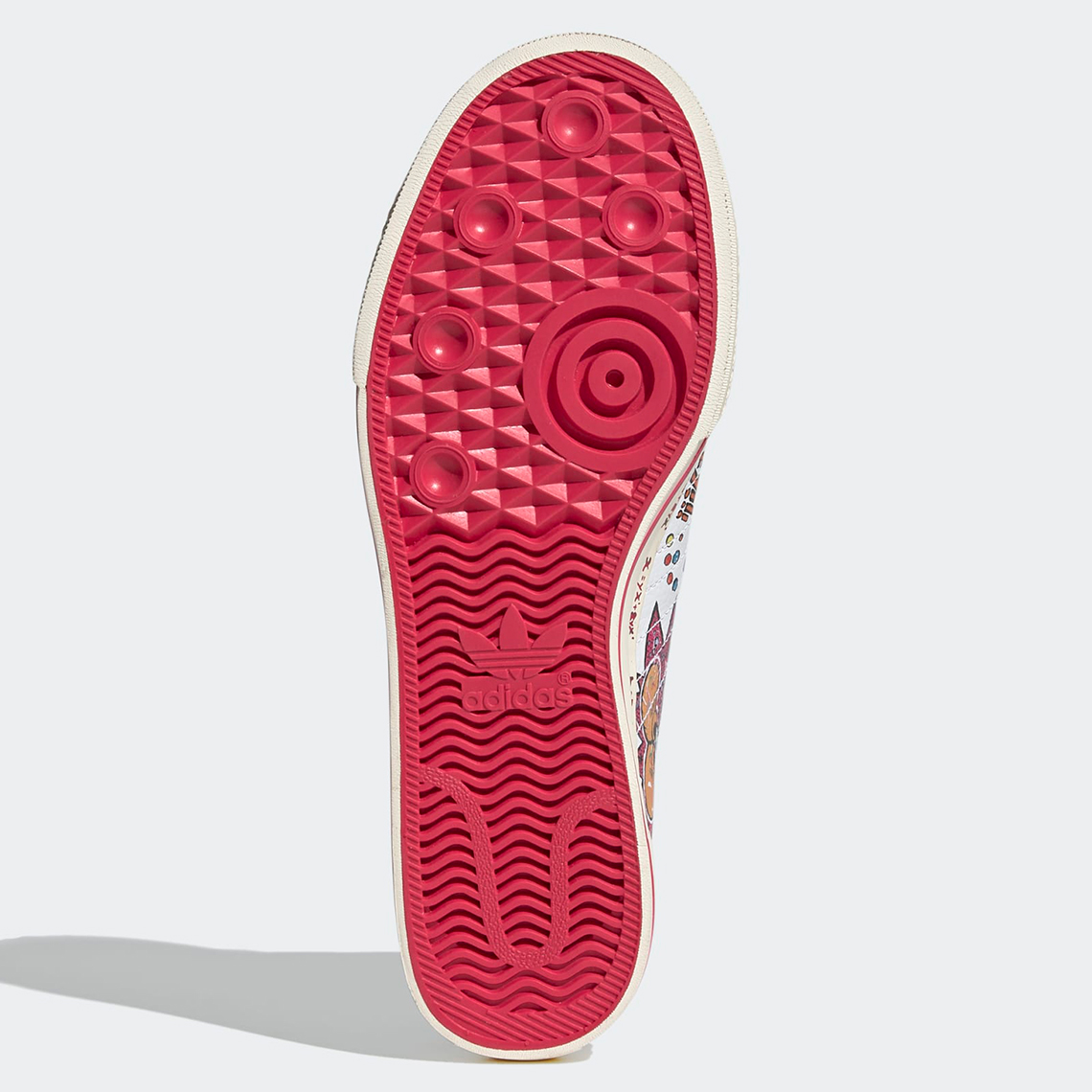 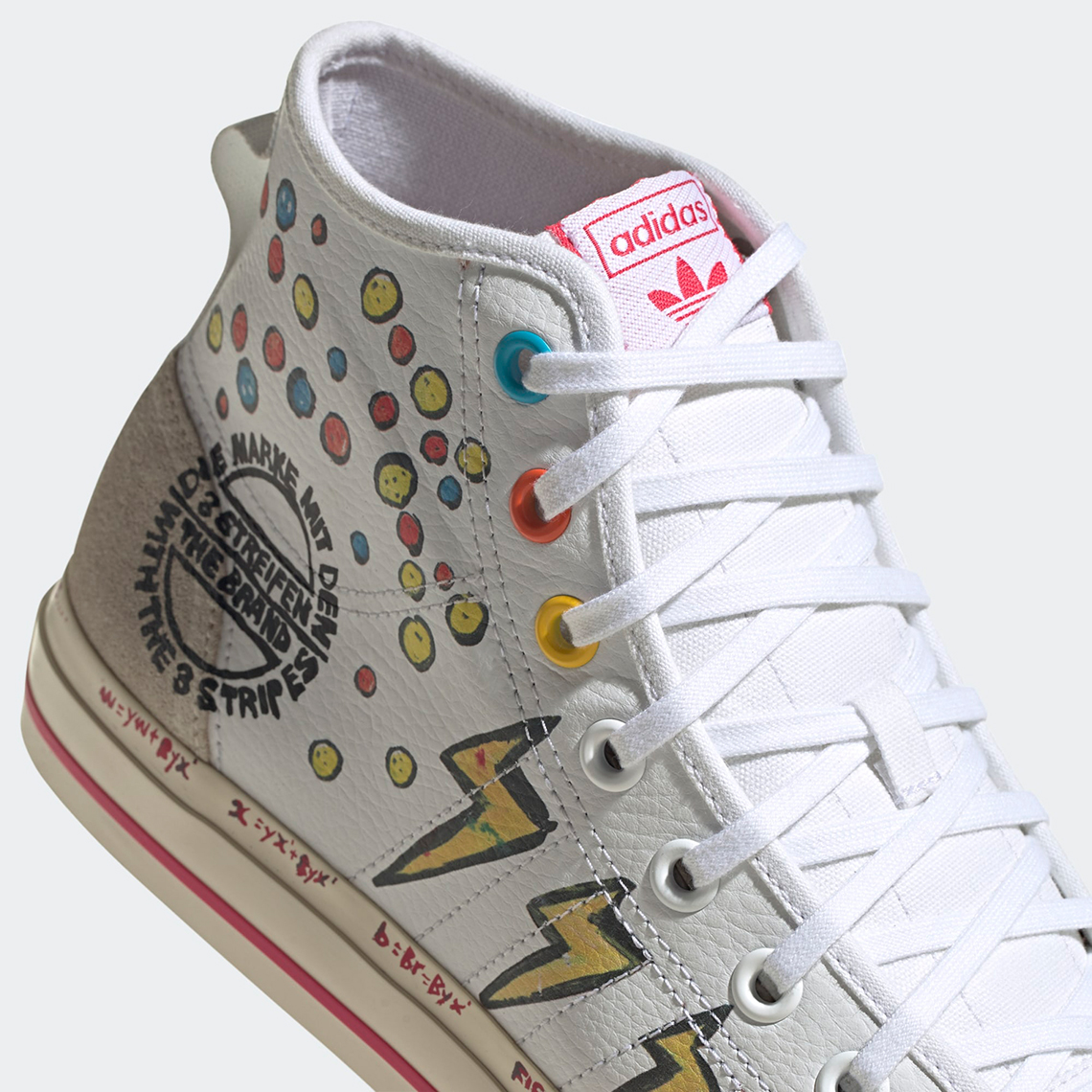 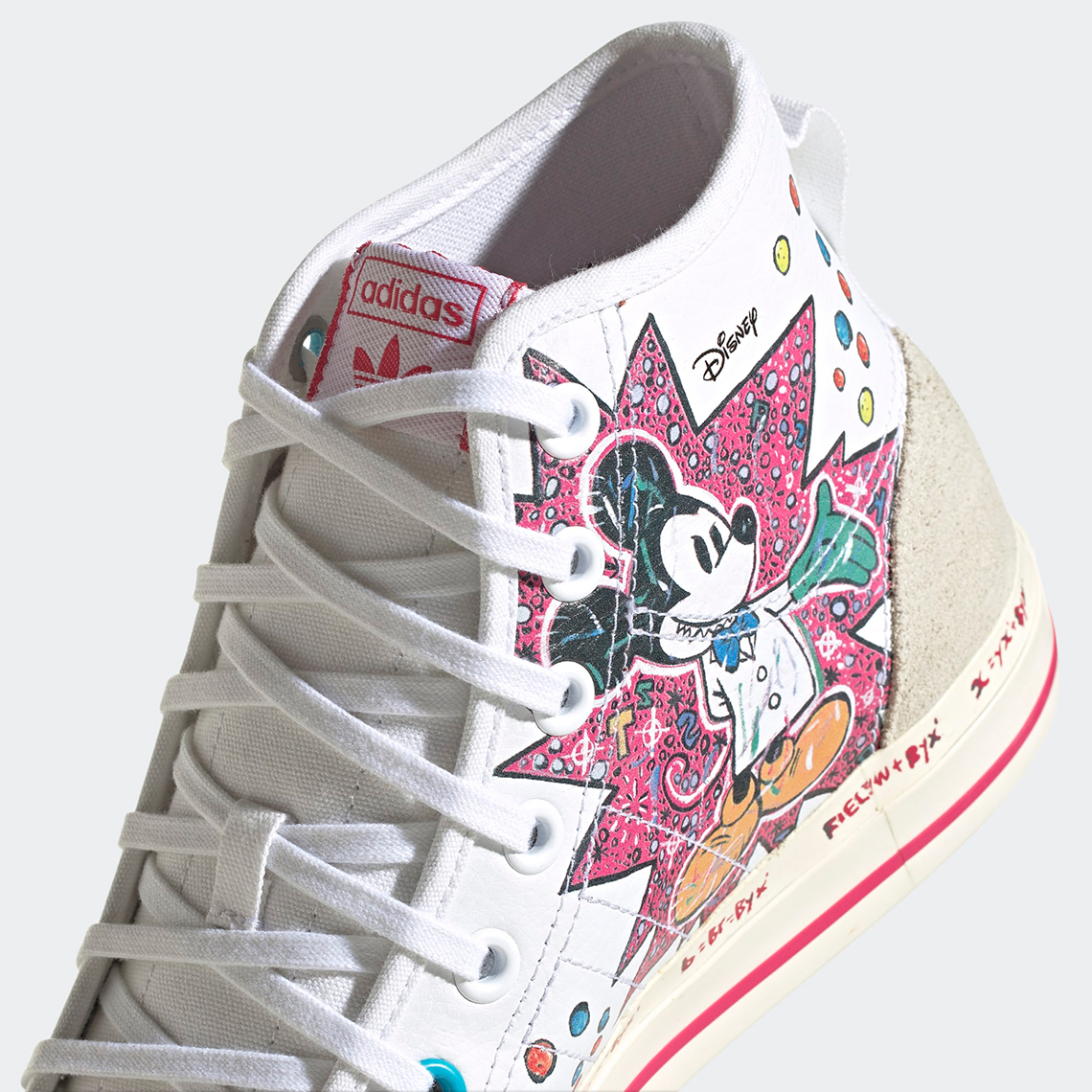